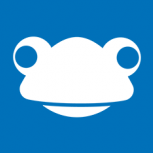 From the end of December 2020, Flash will be removed from Google Chrome, Microsoft Edge, OSX Safari and Mozilla Firefox. You will no longer be able to run any Flash files from your browser.  Flash was a powerful tool for animations, games and interactive content, but unfortunately became a security risk. Once Adobe announced they were ending support for Flash, the browser companies took the decision to prevent it running.

How does this affect my Frog platform?

We’ve had plenty of time to prepare for Flash’s removal.

For further information on the deprecation of the Flash Player please refer to the link below:

1 answer to this question